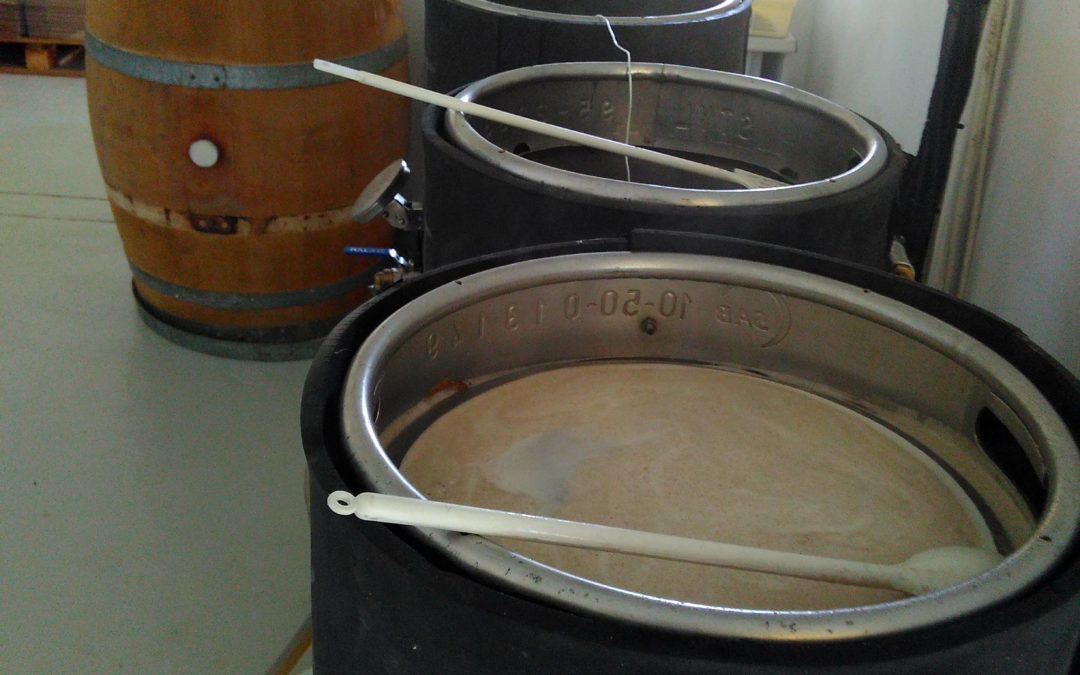 I was preparing for the Richmond Hill Brewing Company homebrew festival in 2019 and was determined to brew a beer that would do well in the competition as well as be popular with the public. All too often competition winning beers are not as popular with the general public as with the judges. I stumbled upon an historic style of German Beer known as Kottbusser – originally brewed in Cottbus, northeast German. This sounded like an interesting style as a clean fermented wheat beer, featuring noble hops, honey and molasses. The only other brewery I could find that had revived this ancient style was Grimm Brothers Brewhouse in Colorado.

The farm where our brewery is situated is used for bee farming and the building where the brewery is located has honey extraction facilities, so the match of beer and honey was a natural progression. The trial brew was an immediate success and with a few changes the recipe for the competition was decided. Brewday was the day after attending a 40th birthday and whilst I’ve always avoided drinking while brewing I didn’t ever factor in the difficulty of brewing with a hangover . Well needless to say it didn’t go according to plan – while heating the brew kettle up for the boil I realised I had forgotten something and left the kettle unattended – and as you might expect, what ensued was a monster boil-over.

The next major catastrophe was that I flipped the recipe page over to get the salt additions from another recipe in my logbook and then never flipped back. This resulted in a boil addition that was not according to the recipe at all. Realising the mistake, I rectified as much as I could and kept notes of what had happened but had no idea how close to the sample batch I would get. Fortunately the fermented beer turned out well enough to take to the competition.

The beer won Richmond Hill’s competition that year and the winning prize was to brew a commercial batch at Richmond Hill Brewing Co. This was really exciting but created a dilemma in that should the commercial brew be the intended recipe or that actual recipe that transpired. It made sense to stick as close as possible to the recreated actual recipe which it still is today . The errors of brewday created the recipe we use – the only real impact of the mistakes is the unsuspecting nearly 6% ABV that can easily catch you by pleasant surprise.

For more information on COVID-19 and government regulation: Click here