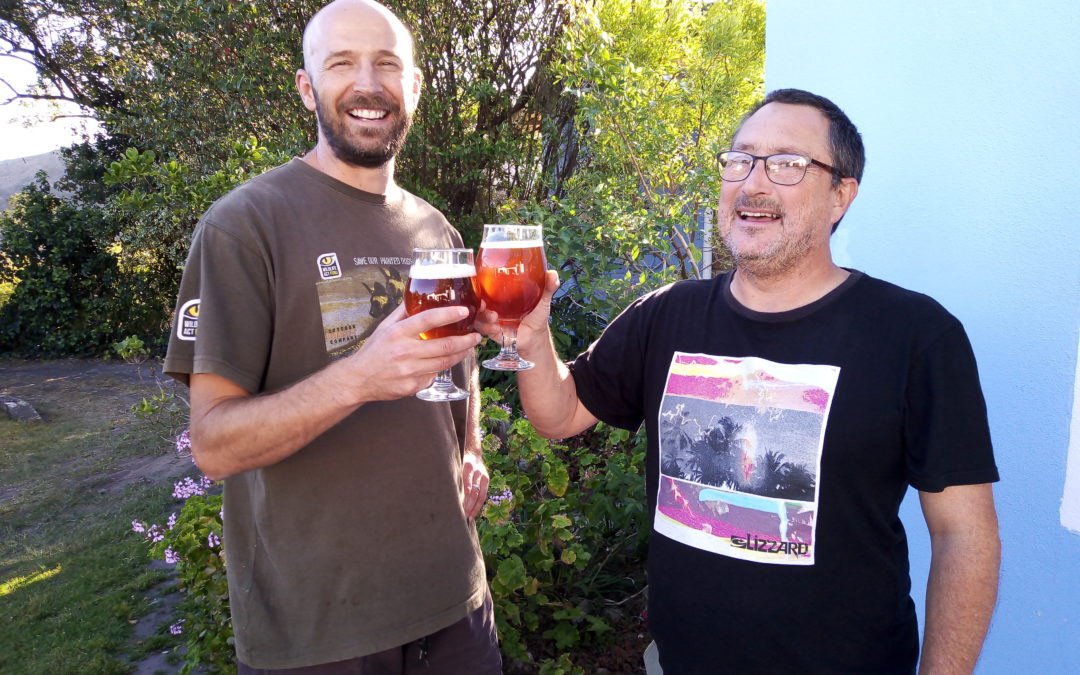 A new and exciting trend in craft brewing  is “collaboration brewing” where brewers get together to share their experience and brew something new. Mark Riley, Featherstone Brewery’s head brewer, and William Yell, founder of Entrepid Brewing, have been planning this for some time now. As a homebrewer, William brewed an Historic Beer – a German style Kottbusser – that won the RHBC Home Brew Fest in PE. The beer launched commercially as Renascence by Entrepid Brewing and a new Grahamstown craft brewery was born. Renascence is a Honey Wheat Ale brewed with local honey and is available in Makhanda/Grahamstown including the Featherstone Tap room.

The success of Renascence inspired William to follow his dream of setting up his own craft brewery. He has chosen the name “Entrepid” meaning “Extremely Intrepid”, with the aim of creating “adventurous, unique-styled beers, guaranteed to satisfy the explorer in you”. What better way to get creative, than to bring together two great brewers with unique styles? Watching Mark and William in the brewery brought to mind the sayings “two heads are better than one” and “many hands make light work”: these two head brewers certainly got their creative juices flowing on Monday with minimal sweat despite the unforecast high temperatures. 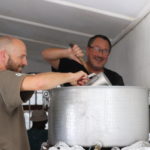 Setting up your own microbrewery is no mean feat, as we here at Featherstone know, but William has shown us he has all the right characteristics and skills to get it off the ground. Winning a home-brew competition and working collaboratively with an established brewery is a fantastic launching pad. Herein lies the motive for finally getting these two brewers to actually brew together… and not just have tasting evenings where they talk about collaborative brewing while sitting sampling each other’s fine ales. Mark and William working together keep things interesting for them as brewers and for our local customers faithful to the Featherstone brand but always excited to know “what’s new?” when they come to the taproom. Meanwhile, William is hoping to let the Entrepid brand fly further afield than the Eastern Cape, and has been able to bounce ideas off Mark before doing so.

Mark Riley and William Yell enjoy a cold one after a hard day’s work in the brewery.

The timing is perfect for Featherstone Brewery too, as the Riley family have been thinking of embarking on a new adventure ourselves, but have not wanted to abandon the fledgling business we so lovingly created. Knowing that William will be able to step in and keep the Featherstone brand alive when we move on, as well as continue to bring new exceptionally hand-crafted beers to our patrons, is more than we could have hoped for. We will keep you posted on developments. In the meantime, we wish William every success in his extremely intrepid venture.

For more information on COVID-19 and government regulation: Click here