Our History and Story

Featherstone Brewery started as a dream for founders Mark and Clare Riley in 2012 then becoming Grahamstown’s (now Makhanda) first licensed craft brewery in 2016. Originally situated in the Featherstone Kloof (the inspiration for our brewery’s name) the location had an abundance of natural mountain spring water. The goal was to “keep it local” where local features prominently in names, labels and where possible ingredients.

In late 2019 the Riley’s due to personal circumstances decided to pursue a new adventure and transferred the whole brewery to another local craft brewer and founder of Entrepid Brewing, William Yell in January 2020. As a homebrewer, William brewed an Historic Beer – a German style Kottbusser – that won the RHBC Home Brew Fest in PE. The beer launched commercially as Renascence and a new Grahamstown craft brewery was born. Renascence is a Honey Wheat Ale brewed with local honey and is available in Makhanda/Grahamstown. 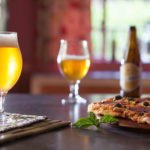 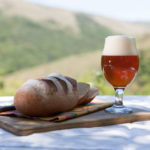 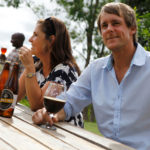 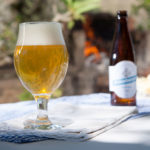 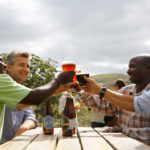 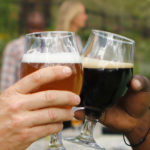 The two breweries have been merged gaining a full range of beers, combined expertise, process and equipment as well as distribution and logistics. With all these benefits we will be taking Grahamstown’s favourite craft beers to the rest of South Africa to enjoy. The brewery location has been moved to Aloe and Elephant lodge a little further on from its original founding location but equally surrounded by pristine Eastern Cape bush and we now use pure rainwater to brew.

We aim to keep the character and style of the core range of beers however we will introduce new and exciting beers as either special editions or seasonal beers in future. Craft beers are all hand made and the final products are a culmination of ingredients and process – whilst we don’t wish to make deliberate changes to the beers these will occur naturally due to the transition that occurs. We will also focus on quality, consistency and shelf life of craft beers as these have all been difficult area for small craft breweries to manage but with brewing science and expertise developing, this knowledge will be applied for the benefit of beer drinkers!